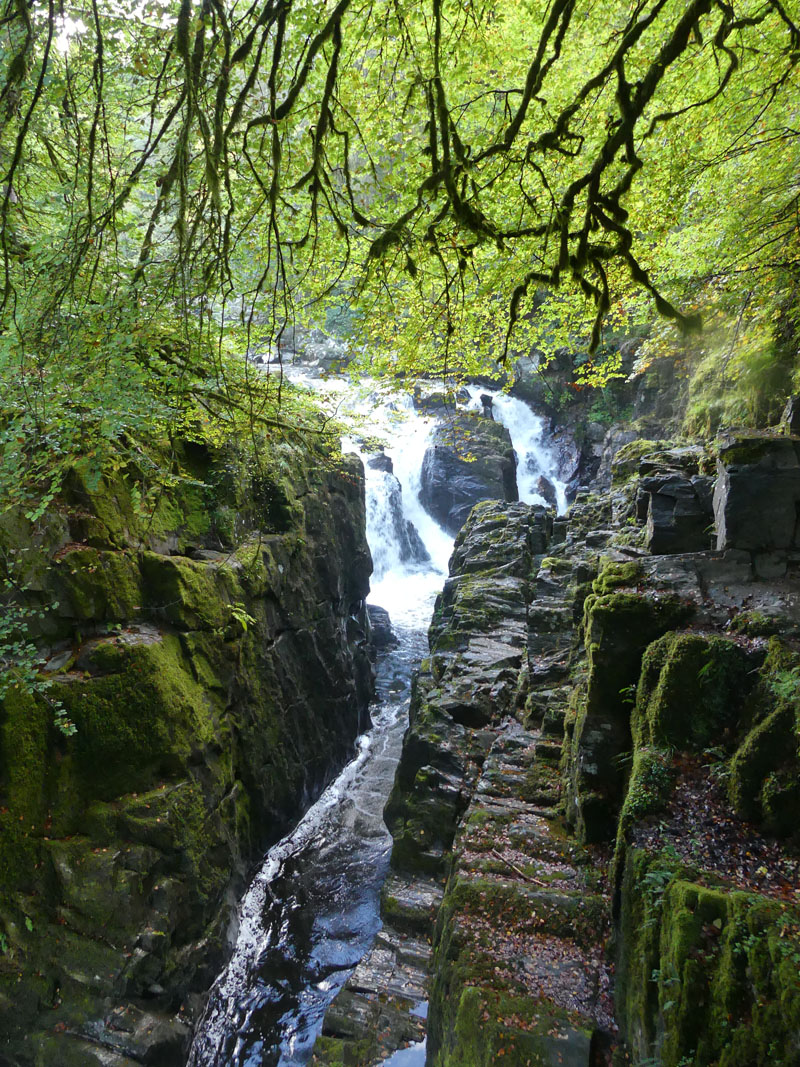 The Hermitage at Dunkeld

The Hermitage (Officially the Hermitage pleasure ground), at Dunkeld was created by John Murray the 3rd Duke of Atholl, in the mid to late 18th century as part of his home, Dunkeld House - to heighten his guests experience thrill and shear enjoyment as they walked to view the falls.

Ossian's Hall, Hermitage Bridge and Ossian''s Cave were all added as "part of the 3rd Duke's scheme to heighten the visitor's thrill and imbue the area with a mystical history."

Ossian's Hall was built in 1757 to 1758, to spark excitement as a viewing platform for the dramatic falls of the River Braan. Today it has not lost any of its splendour, you pass through a door that leads to a large circular room with mirrors which opens through glass doors to a bulcony over looking the falls. The noise of the water cascading over the falls, the light from the glass doors bouncing on the mirrors and the sight of salmon leaping the falls, all add to the excitement of the visit.

Over the years the Hermitage at Dunkeld's Ossian's Hall described as "one of the most elaborate furnished decorative garden buildings in Scotland," has drawn many famous visitors include Queen Victoria, the English poet William Wordsworth, J.M. Turner to name a few.

In 1869 Ossian's Hall was partly blown up, by a barrel of gun powder, it is thought in protest to the Duke of Atholl continuing to levy tolls on the Dunkeld Bridge.

Today Ossian's Hall is back in full operation, with glass doors and metallic mirrors replacing the once glass mirrors that were originally in the large circular chamber.

In 1869 Donald Anderson the local Hermitage guide, would dress up with a long beard of lichens and cloths of animal skins, to add to the theatrical experience and sheer thrill of the visit.

The Hermitage is open all year round, it is run by the National Trust for Scotland. It is located just off the A9 after the Dunkeld going north turning on the left, where there are two large car parks (a £2 per car parking fee helps maintain the grounds) and the falls, Ossian's Hall, Hermitage Bridge are about 1km away walking through some magnificent Douglass Fir trees, some of the tallest trees in Britain.

Wheel Chair users are accommodated for along a special route and there are a number of excellent way marked trails for those who wish to walk or cycle in the area. The Hermitage at Dunkeld is highly recommended. 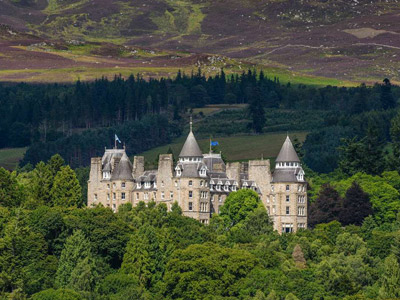 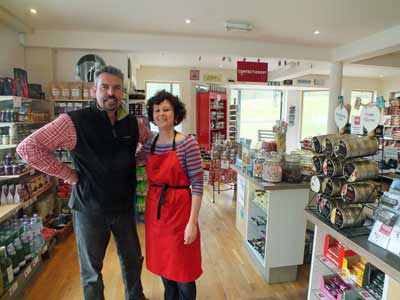 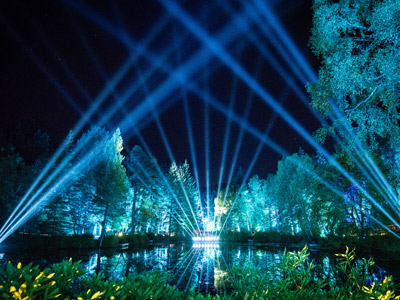 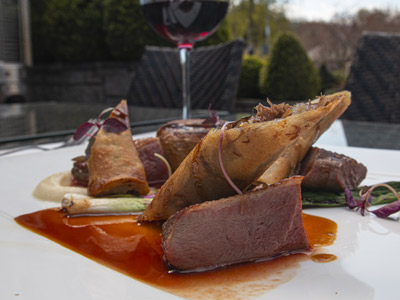